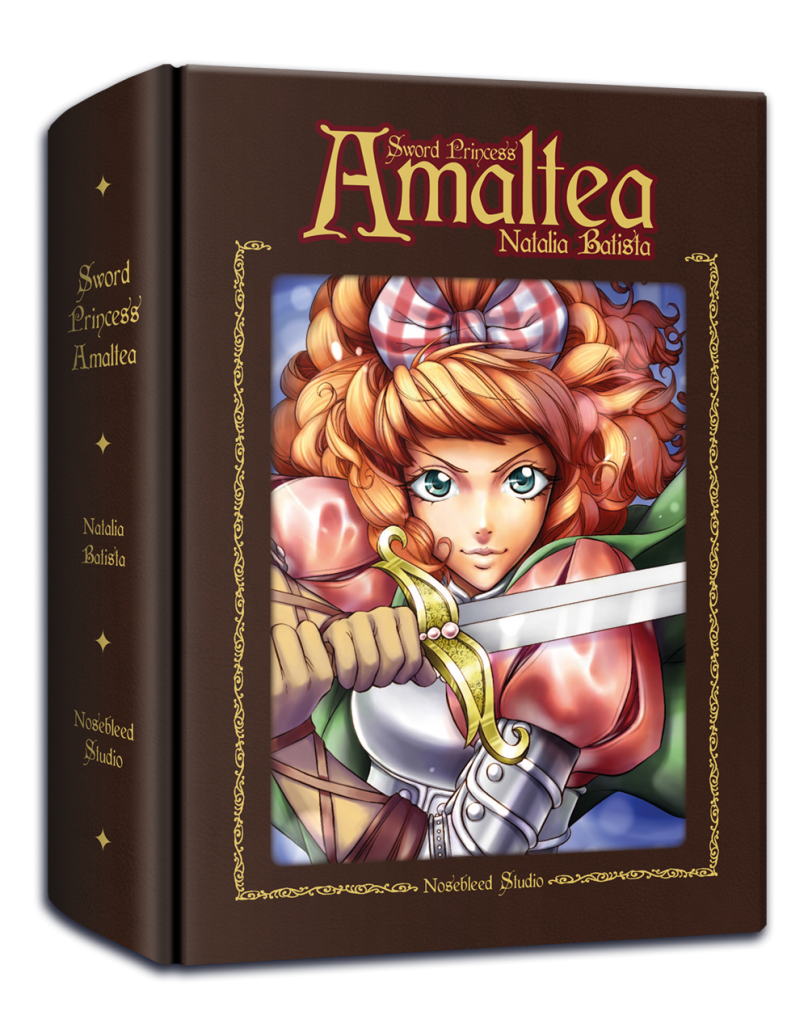 In a fairy tale world where the Queens rule with the power of magic, Princess Amaltea is sent out on the biggest quest of her life; to rescue a prince in need and marry him to inherit his mother’s Queendom. But when she rescues Prince Ossian, who refuses to marry her, their journey back to his mother’s castle challenge them both. Bandit broads, an enchanted spring and a dragon riding witch will test their relationship. Will they find their place in this unjust, matriarchal world where the women rule the men.

This genderflipped satirical manga uses humour and adventure to challenge the reader in critical thinking over gender norms in our society. Where do they come from and what motivates the traditional view on genders and the expectations of a woman and a man? By depicting women as strong, independent, respectful and dominant while men are portrayed as weak, frail and harmless, the manga opens up to a new kind of fantasy which uses the clichés in a refreshing and thought provoking way. 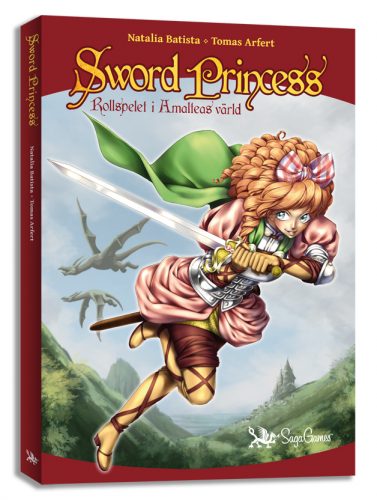 Sword Princess Amaltea has been adapted in to a roleplaying handbook and a digital visual novel game.

Sword Princess – The Roleplaying Game is a narrative game based on the manga and with a lot of backstory to the world and it’s Queendoms. This complete handbook includes both character creation, adventure paths, game master pages and a basic starter adventure. Published in Swedish in 2017.

Sword Princess Amaltea – The Visual Novel is an adventure and fantasy digital game (computer/mobile), in which the player gets to chose whom to play as: Amaltea or Ossian. This game is a stand alone sequel to the manga. Released in English in 2021. 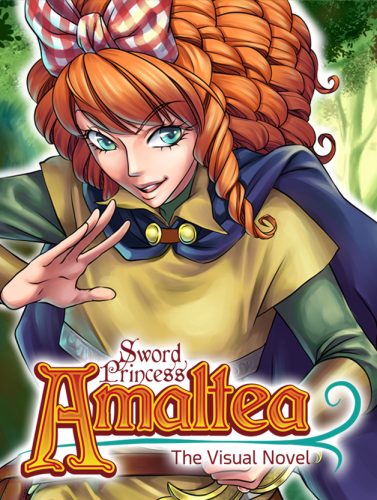